Stay up-to-date and in the know on the latest happenings and current events in the executive recruiting talent acquisition markets.


News, Articles, and Insights from JHA 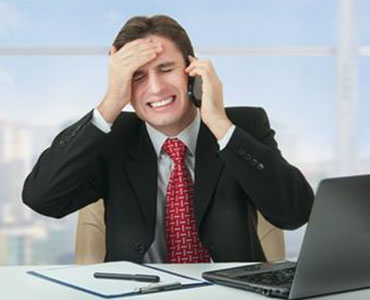 How to Avoid a Hiring Disaster

No question about it. Declining occupancy and revenue for the last two quarters is weighing on your mind, and you’re feeling the heat. You know what needs to be done, but you need someone who can execute.  This hire must be brilliant; you need a game changer. And after a tough but thorough six-week search, you believe you just may have found that superstar candidate.  After another 30 days to work out their notice, your new heavy hitter will be ready to start!

…Six weeks into the job and you have that sinking feeling that you’ve made a terrible mistake. Your team is disgruntled, and you’re hearing a pattern of feedback about questionable decisions. Worse, you’re not seeing results.

What originally looked like your new hire’s supreme confidence is now seen for what it is: Arrogance, Bulldozing, Passive aggression and worse, an alarming lack of character. It’s an unmitigated disaster; and now three full months into your six-month plan, you’ve got to start from scratch!

Drawing from decades of experience in hiring and recruiting, here are five sure-fire ingredients to make sure your next hire is a home run and avoid disaster:

Game-changing performance. A single success scenario may mean you have a winner. Or not. Several successes speak to a depth of character, adaptability, and talent. What you’re looking for is a consistently positive impact upon every position in the resume, not just one.

Red flags. Pay attention to the thing that doesn’t feel quite right. Short job tenures? Erratic career trajectory? Gut check? In your interviews people will usually tell you the truth in unguarded moments. If a candidate starts back-pedaling or changing their story, that’s a red flag. Don’t let the killer charm cause you to skate by these warning signs without getting satisfactory explanations.

Front-runners. One super-star in the running is not enough. You may not always be able to land your first choice. In addition, scarcity of choice can often cause a hiring manager to “settle”.  Don’t stop interviewing until you have two solid candidates that you would be equally confident to invite on board.

Consistent references. If the references provided are skewed toward lateral positions rather than supervisory ones, keep digging. “Good ‘ole boy” accolades from non-stakeholders should carry little weight. Look for consistent trends of feedback across the battery of supervisors before you trust them.

Likeability. When the resume and credentials are overwhelmingly solid—and the deadline is pressing—it’s easy to justify hiring someone you don’t love. This is a mistake. Chemistry is as vital as competency. If you’re just so-so about them now, you may hate them in six weeks.

Successful hires are a blend of science and art. These five best practices bring the two together so that you don’t cut corners on your next executive search. There’s too much on the line to run a do-over. With the right guides, you’ll be celebrating the right person in the right position…and new opportunities for your business.

Jeff Harris and Associates was formed with the vision of creating a recruiting and consulting firm that marries the professional, consultative environment of retained search firms with the flexibility of a contingency search option.